FINALIST IN 12th ANNUAL STEVIE® AWARDS FOR WOMEN IN BUSINESS 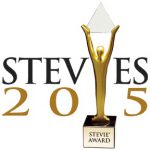 Advanced Care Australia has been named as a finalist in the ‘Women-Run Workplace of the Year - More than 10 Employees in Business’ category in the 12th annual Stevie® Awards for Women in Business, and will ultimately be a gold, silver, or bronze Stevie award winner in the program.

The Stevie Awards for Women in Business honor women executives, entrepreneurs, employees and the companies they run – worldwide.  The Stevie Awards have been hailed as the world’s premier business awards.

Gold, Silver and Bronze Stevie Award winners will be announced during a gala event at the Marriott Marquis Hotel in New York on Friday, November 13.  Nominated women executives and entrepreneurs from the U.S.A and several other countries are expected to attend.  The event will be broadcast on Livestream via the Stevie Awards’ Facebook page from 7:30 pm ET, and the red carpet pre-show will air on the Stevie Awards’ Periscope from 6:00 pm ET.

Finalists were chosen by more than 120 business professionals worldwide during preliminary judging.  Members of five final judging committees will determine the Gold, Silver and Bronze Stevie Award placements from among the Finalists during final judging October 19-28.

“High-achieving women entrepreneurs, organizations, and executives all over the world are an inspiration to girls and women who dream of starting and growing a business,” said Michael Gallagher, founder and president of the Stevie Awards.  “The first-round judges have told us how impressed they were with this year’s field of Finalists.  We’re looking forward to recognizing them in New York on November 13.”

'We are excited and honoured to be named as a finalist in these prestigious awards, which recognize the success of women in business world wide. Janet and I as the founders and Managers of the business are very proud of the brand we have created, and the level of service we are able to offer to those needing in home support. Participation in these awards provides our whole team with a great opportunity to reflect on the value the work we do has in our community, and we are grateful for the opportunity to be a part of the Stevie Awards.'
Linda Summerton Managing Director

Details about the Stevie Awards for Women in Business and the list of Finalists in all categories are available at www.StevieAwards.com/Women.

Founded by sisters Linda Summerton and Janet Gibbins in 2003, Advanced Care Australia’s objective is to enhance our clients’ independence and quality of life.

The company was born out of the sisters’ experience when their father was terminally ill. As he wanted to stay at home, they looked in vain for an organization which could provide support to enable this and provide  a flexible service which adapted to the family’s changing needs. Frustrated by their experience, they began Advanced Care Australia to provide flexible, responsive in-home support.

About The Stevie Awards